The Best Places To Find Office Space In Atlanta 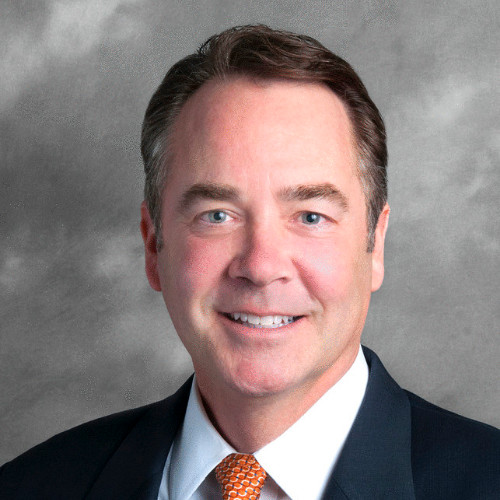 There aren’t many markets that have experienced the sort of growth seen in Atlanta over the last two decades. Now an essential hub for everything from digital commerce to the entertainment industry, Atlanta’s economy has exhibited the type of expansion that makes it the envy of nearly any other metropolis in the country.

As is usually the case with such growth, Atlanta’s real estate market has followed in lock-step with the overall local economy, particularly in rapid and consistent expansion in both multi-family properties and office space development. A distant but still substantial second, adaptive reuse space has also taken firm root throughout Atlanta, primarily through Class C property converted to loft-style offices.

The incredibly successful Ponce City Market – the renovated former headquarters for Sears, Roebuck & Co – epitomizes the economic transformation seen throughout the city. What was once a rapidly aging, 1920s era complex with its glory days well behind it is now a thriving home to loft office and retail space, currently demanding the highest rent in the city at over $50/sq ft.

This type of growth, along with future projects like Google’s one million sq ft distribution center in South Atlanta, have created an extraordinarily tight commercial real estate market, yielding scant 7% vacancy rates in industrial space – the market’s most robust sector. Of course, for an organization looking to move either into or within the Atlanta market, such dynamic expansion presents both tremendous opportunities as well as barriers.

Participating in Atlanta’s economic growth is tempting for any company but, given the competitiveness within the commercial real estate market, finding suitable office space for present and future needs can be challenging. For that reason, TenantBase has created this guide to outline the seven most significant sub-markets within the greater Atlanta area, organized from largest to smallest by way of available office space square footage. Hopefully, with TenantBase’s guidance, your next Atlanta office space will have the ideal location, amenities, and proximity to everything you need to help your organization reach its goals.

The Central Perimeter area in Atlanta has led the charge in the city’s explosive economic expansion. Home to Fortune 1000 companies, luxury apartments, and high-end retail, Central Perimeter encompasses the immediate vicinity around the upscale Perimeter Mall. The area is aptly named, centrally located with outstanding highway access and unique with its office space availability.

Although the Perimeter Summit Building offers the only true big block space, Central Perimeter features over 30 million sq ft of total office space, over 20 million sq ft of which is Class A but not an abundance of Class B, C, or smaller space. To account for such discrepancies, there's a fair amount of gentrification in Central Perimeter to fit smaller specs and co-working opportunities.

Central Perimeter also features newer available space, at least with respect to the area's second largest market in North Fulton. Although it's currently at all-time low vacancy rates of approximately 14%, some availability has recently come to market with both Mercedes-Benz and State Farm opening dedicated offices in the area, leaving their former spaces available since they were renting many smaller offices on short-term leases until construction finished on their new complexes.

Much more spread out than most of the other Atlanta submarkets, North Fulton is due north of Central Perimeter and offers 28 million sq ft of office space, making it a close second in largest submarkets. Unlike many of the other submarkets, however, North Fulton features a number of attractive suburban office parks with ample parking, making it very attractive to larger users with significant back-office requirements.

This concentration of larger spaces can make it difficult for smaller users to find adequate space, especially since North Fulton doesn't have the gentrification and abundant co-working space options featured within Atlanta's other submarkets. Also, with neighborhoods that attract higher-income residents, much of North Fulton's workforce lives outside of the immediate area, creating significant traffic issues that are starting to prevent organizations from moving into the area in the first place. Several large firms have relocated back to the areas closer in to retain and attract talent.

While recent infrastructure improvements have attempted to slow the growing traffic concerns, commuting will remain a primary concern for most organizations attracted to the steady growth North Fulton has exhibited over the last three decades. Thankfully, recent investment in local amenities has helped defray some of the negative connotations of working in North Fulton but commuting from elsewhere.

The approximately 27 million sq ft of office space found throughout the downtown Atlanta area has historically been used by government, education, and judicial agencies, much like many of the downtown areas throughout the country. While a fair amount of gentrification of some of the oldest properties has created additional co-working and smaller spec suites, Georgia State University has been the primary driver behind the steadily evolving downtown environment.

The expanding student population has pushed the transformation of many office buildings into assorted dining and retail outlets as well as newer hotels and adaptive use of various vacant spaces. Of course, the recent development of Atlanta's new, close by, $1.4 billion Mercedes Benz stadium has also significantly impacted the makeup of the downtown area.

More recently, the sale of the merchandise market, better known as AmericasMart Atlanta – 1 million sq ft of small spaces available for individuals to pitch to national retailers – will only further drive economic growth in the downtown region and for the city as a whole. Although such recent developments have created historically low vacancy rates of 13% in downtown Atlanta, its superior access to highways and public transportation continue to make it extremely attractive for organizations looking for new space.

Located in the northwest portion of Atlanta, the Cumberland/Galleria area features 27 million sq ft of primarily Class A space. The northern Cumberland area does, however, have a burgeoning area of Class B and flex space that could very well transition into newer developments over the next decade.

The relatively new Atlanta Braves Stadium is the primary driver behind this recent transformation, an exceptionally well received and orchestrated project that has attracted significant attention from retail outlets, particularly when combined with vast improvements to the local infrastructure via an active CID. Amenities related to the new stadium as well as the rapidly expanding population base in the Cumberland/Galleria area of Atlanta make it one of the rising stars in the local commercial real estate space.

Similar to North Fulton, NE Atlanta has numerous campus office parks with ample parking and expansive surroundings. Unlike North Fulton, however, most of NE Atlanta is older with far more Class B office space. A significant portion of Atlanta's overall workforce lives in the northeast portion of the city, primarily due to its lower housing costs.

NCR's recent relocation of its headquarters from NE Atlanta to Midtown typifies the predicament the area currently faces – an aging environment with buildings yet to experience the rebirth seen through gentrification within other submarkets that is struggling for solid footing within an incredibly dynamic, innovative local economy.

Furthermore, like many older centers within metropolitan areas across the country, the retail sector has struggled to keep pace with overall expansion, even with Atlanta's robust economy. To that point, one of the larger and older malls in Atlanta, located in the northeast portion of the city, recently closed its doors, making it of particular interest to see when and how the area utilizes the massive space in the future. In the interim, though, NE Atlanta continues to search for its bearings and place within an otherwise booming Atlanta economy.

Known as the trendiest, liveliest neighborhood in all of Atlanta, Midtown has recently attracted millennials in droves thanks to its highly walkable layout and vast amenities – including abundant dining and social options. Because of its younger, dynamic demographic, Midtown is a hub for organizations of all sizes to search for new talent.

Similarly, with 23 million sq ft of commercial space, Midtown has also become Atlanta's poster child for more contemporary office environments, featuring a pervasive "WeWork" ethos that is personified by collaborative workspace and a distinct lack of executive offices. Of course, given its tremendous popularity, Midtown also has extremely low vacancy rates – currently in the 8% range – making it very difficult to find appropriate and adequate space for many organizations.

What space is available is primarily Class A, making it attractive to professional firms migrating from other submarkets. Likewise, many tech companies are now making Midtown a primary focus due to its younger skewed, highly talented employee base. Obviously, Midtown is a tempting location for organizations willing to pay a premium for limited space but enjoy a skilled, knowledgeable local workforce and enviable surroundings.

Traditionally home to financial tenants, Buckhead is the seventh largest submarket within the Atlanta area and features 22 million sq ft of commercial space, 17 million sq ft of which is Class A. Historically, Buckhead has displayed consistent cycles of boom and bust in commercial real estate, currently in a boom cycle with all-time low vacancy rates of 13%.

However, given recent development dollars invested into makeovers of Buckhead's retail and entertainment areas – primarily driven by developer OliverMcMillan – many locals are questioning whether or not those distinct economic cycles of the past will continue into the future. Put another way, area residents, developers, and businesses wonder if recent commercial investment into Buckhead will have the ability to sustain consistent economic growth into the future.

In another example of the neighborhood's uniqueness relative to Atlanta's other submarkets, none of the recent commercial development has gone towards new office space. Instead, nearly all of the commercial investments have gone into multifamily properties. With these newly solidified residential areas throughout Buckhead, retail has flourished in recent years, providing a large amenity base for employees and residents alike in the area. As such, unlike malls in NE Atlanta and throughout the country, Buckhead features two retail centers in the Lennox Square Mall and Phipps Plaza that continue to thrive.

Atlanta is a robust economy that doesn't appear to be slowing down anytime soon. While such growth is undeniably attractive to organizations of nearly any size and industry, moving into such a crowded and dynamic marketplace poses unique challenges that require attention and adequate planning. As always, TenantBase urges companies to take a deliberate and well-organized approach when moving into the general Atlanta area, weighing the specific pros and cons of each of Atlanta's primary submarkets, to find the best fit for current demands and future goals.